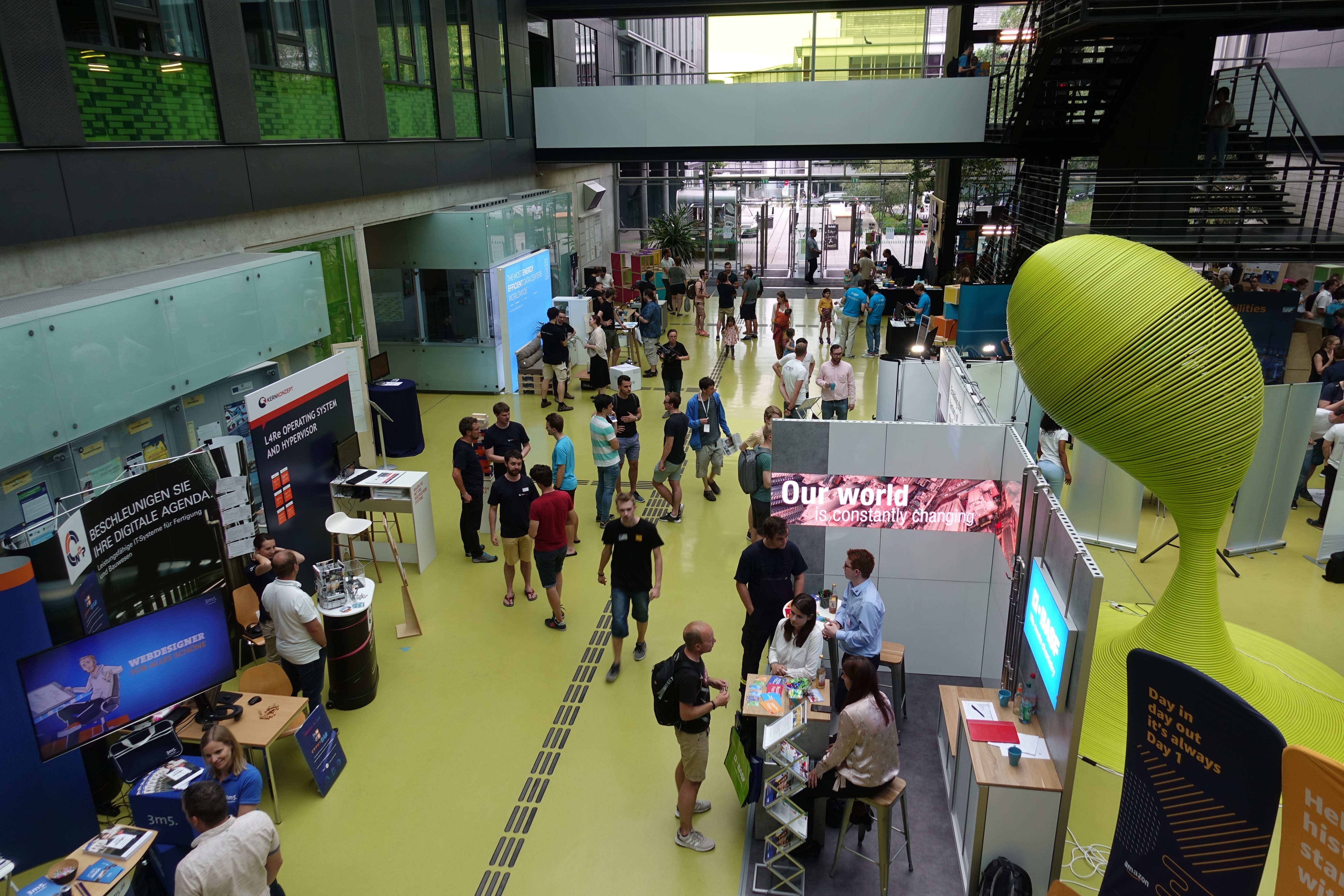 Once more, we were represented at the OUTPUT with several demos.

Students of the Faculty of Computer Science showed on Thursday, June 20, 2019 at the OUTPUT 2019 exciting projects that were created during their studies. We had registered five projects: Severin Engert, Remke Albrecht, Constantin Amend and Felix Meyer (Supervisor: Patrick Reipschläger, Anke Lehmann) showed their project TimeBOMB – a homage to the video game classic “Bomberman”, in which four players compete against each other in four different eras of computer game history. Lena Denne, Marilena Fröhlich and Lukas Haack (Supervisor: Patrick Reipschläger, Anke Lehmann) showed their project UprisingTimes – a mixed reality game in which the main character has to be rescued from the virtual prison with the help of digital and physical components.

With ScaleDial, Jannik Wojnar and Konstantin Klamka presented a novel tangible interface for music didactics, which makes scales, harmonic relationships and triads understandable in the form of a key cylinder. Marc Satkowski also showed the demo of “Multiple Coordinated Views on Interactive Wall-sized Displays” on our display wall. This provides a wide range of interaction techniques between the display wall and mobile devices and thus enables comprehensive data exploration using crime data as an example.

Konstantin Klamka and Andreas Peetz introduced the modular wearable system BodyHub, which won the dresden|exists expert award for the most creative and innovative project of OUTPUT.DD 2019 at the end of the day. The system makes it possible to add digital interactions to clothing by combining different input and output modules into an adaptable wearable.

We are already looking forward to OUTPUT.DD 2020!