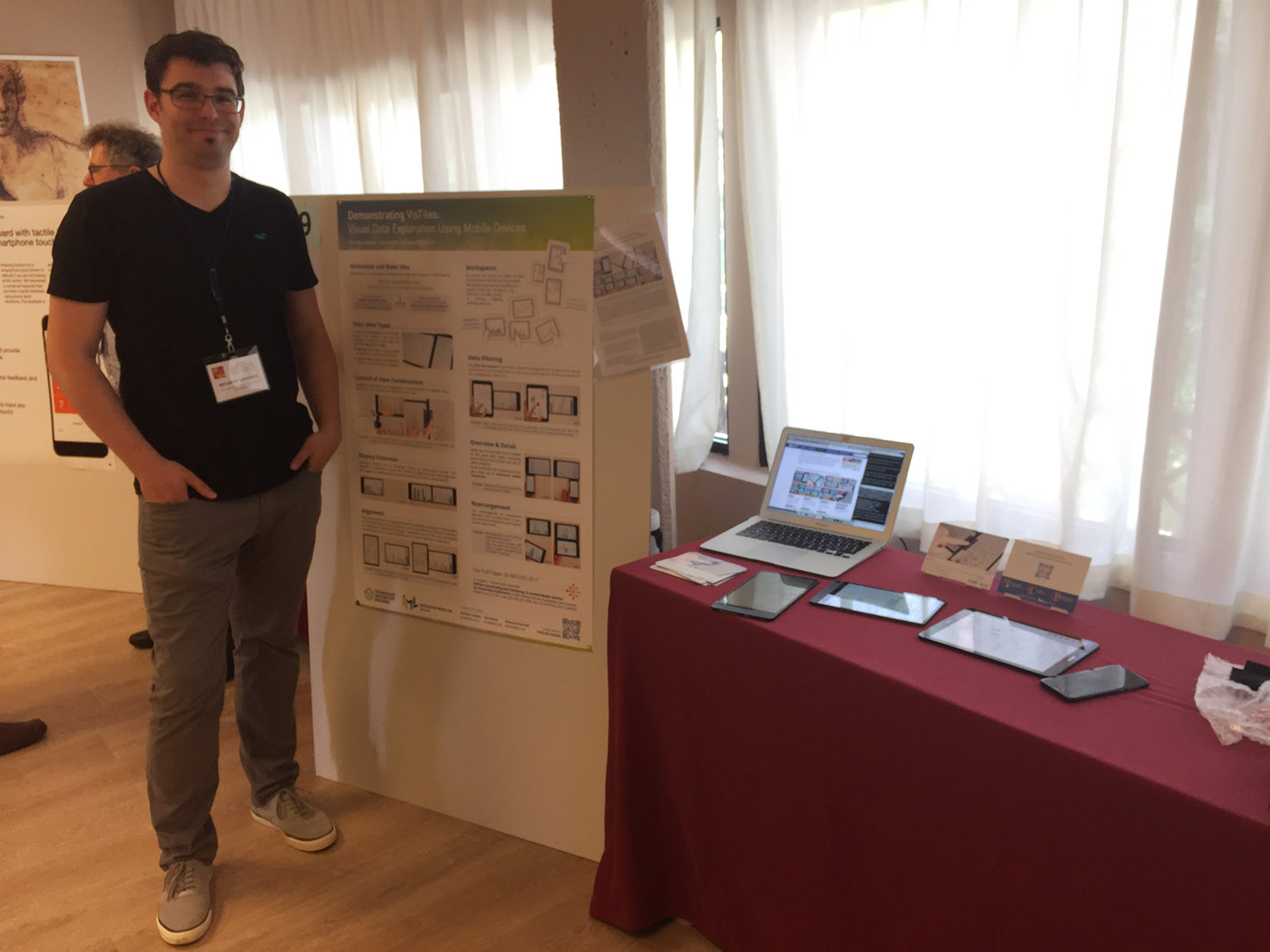 From May 29 to June 1, the 2018 International Conference on Advanced Visual Interfaces (short AVI 2018) took place in Castiglione della Pescaia (Grosseto, Italy). As a cooperation between several ACM SIGs, this biannual conference is hosted at different locations in Italy.
This year, Ricardo Langner presented two contributions of the Interactive Media Lab Dresden. During the workshop on Multimodal Interaction for Data Visualization we showed our work “Combining Interactive Large Displays and Smartphones to Enable Data Analysis from Varying Distances“, in which we discuss first ideas and interaction concepts as part of our research project Multiple Coordinated Views at Wall-Sized Displays. With “Demonstrating VisTiles: Visual Data Exploration Using Mobile Devices” we also presented the prototype as well as implemented visualization and interaction concepts of the VisTiles project.
Some impressions of the scientific part and non-scientific program can be found in the twitter feed of the conference @AVIConference.