The core idea of visual analytics is to support humans in analyzing data with a combination of visual, interactive, and computational methods. That is, the computer does not replace the human in data analysis scenarios, but it helps the human. Such human-in-the-loop data analyses reach their limits when the data are large and complex. The talk will discuss guidance and progression as two approaches to enhance visual analytics. The goal of guidance is to keep the analysis loop going on the human side. Following the introduction of a conceptual model of guidance for visual analytics, concrete techniques for guiding the exploration of time-series data and hierarchically clustered graphs will be presented. The goal of progression is to keep the analysis loop going on the computer's side. In progressive visual analytics, data are no longer processed as a whole, but instead the data are split into chunks and calculations are performed progressively. This makes it possible to reduce latency by showing increasingly accurate partial results as soon as they are available. 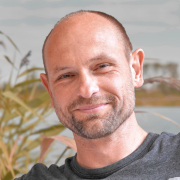 Christian Tominski is a researcher and lecturer at the Institute for Visual & Analytic Computing at the University of Rostock, Germany. He received doctoral (Dr.-Ing.) and post-doctoral (Dr.-Ing. habil.) degrees in 2006 and 2015, respectively. His main research interests are in visualization of and interaction with data. He is particularly interested in effective and efficient techniques for interactively exploring and editing complex data. Christian has published numerous papers on new visualization and interaction techniques for multivariate data, temporal data, geo-spatial data, and graphs. He co-authored three books on the visualization of time-oriented data in 2011, on interaction for visualization in 2015, and on interactive visual data analysis in 2020. Christian has developed several visualization systems and tools, including the LandVis system for spatio-temporal health data, the VisAxes tool for time-oriented data, and the CGV system for coordinated graph visualization.