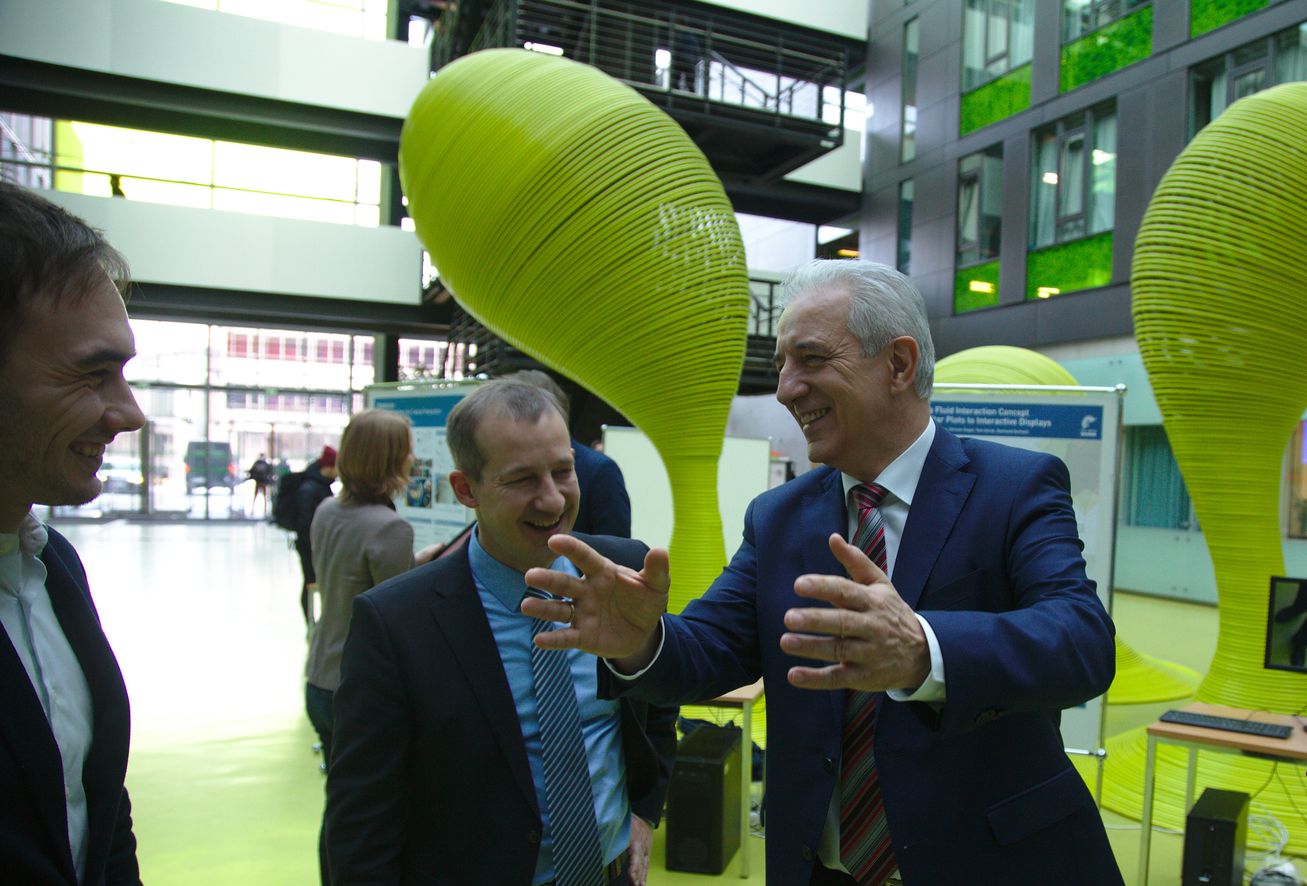 During a joined press conference, Saxony’s Prime Minister Stanislaw Tillich and Vice Prime Minster Martin Dulig announced the federal state’s support for the Digital Hub initiative. The goal is to establish a “Smart Systems Hub – Enabling IoT” in Dresden as one of twelve Digital Hubs in Germany.

As part of the press conference, we as Interactive Media Lab demonstrated our large display wall to the attendees. Afterwards, additional research prototypes where showed in the lobby of our faculty. We uploaded multiple photos in a gallery.

The regional TV station MDR aired a short report about the press conference, which can be accessed online (German only). Further information on the innovation center “Smart Systems Hub” can also be found on the homepage of the state government as well as our university.